New Unlock the Past cruises?

At about this time last year we set a two year schedule of cruises to give good notice and choice from a variety of itineraries, price levels and conference offerings.

A 2017 cruise?
We made no commitment at the time to do any more, but with the imminent release of another year’s schedules from the cruise lines we are considering 2017 possibilities. Celebrity, one of the two cruise lines with conference suitable ships have released their 2017 schedules, Royal Caribbean is the other cruise line we favour – their schedules are expected to be released soon. It looks likely they will have five ships in all operating out of Australia in 2016/17, bringing a huge increase in carrying capacity, and no doubt choice of itineraries, over what they had just three years ago.

We have still made no commitment to further cruises, but if there is sufficient interest we will likely do so. Should we do any more we will probably favour cruises out of Brisbane or Sydney (the two Australian ports which Celebrity and Royal Caribbean ships operate from, and the states most of our cruisers come from) – sometime in the months February to April each year. If there is sufficient interest we will consider the occasional cruise in the northern hemisphere. Alaska would appear to be the most likely from outside Australia, and possibly another out of the UK. 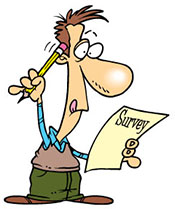 Tell us what you think
We have set up a short survey to give us some guidance on this. It does include cruises currently booking, but also includes questions on possible 2017/18 cruises

Once we have the 1st quarter 2015 schedules from Royal Caribbean, we will identify the more likely itineraries and seek your preferences from a short candidates list.